In order to calculate gaze data with high accuracy and precision, the eye tracker firmware needs to adapt the algorithms to the person sitting in front of the tracker. This adaptation is done during the calibration process when the user is looking at points located at known coordinates. The calibration is initiated and controlled by the client application.

The calibration of the eye tracker would typically be done as follows:

The animation in step 1 should not be too fast, nor should the shrinking in step 2 be too fast. Otherwise the user may not be able to get a good calibration result due to the fact that he or she has no time to focus the gaze on the target before the eye tracker starts collecting calibration data.

The normal number of calibration points is 2, 5, or 9. More points can be used but the calibration quality will not increase significantly for more than 9 points. Usually 5 points yields a very good result and is not experienced as too intrusive by the user.

For screen based eye trackers the calibration points are given in the Active Diplay Coordinate System, and usually shown on a screen. 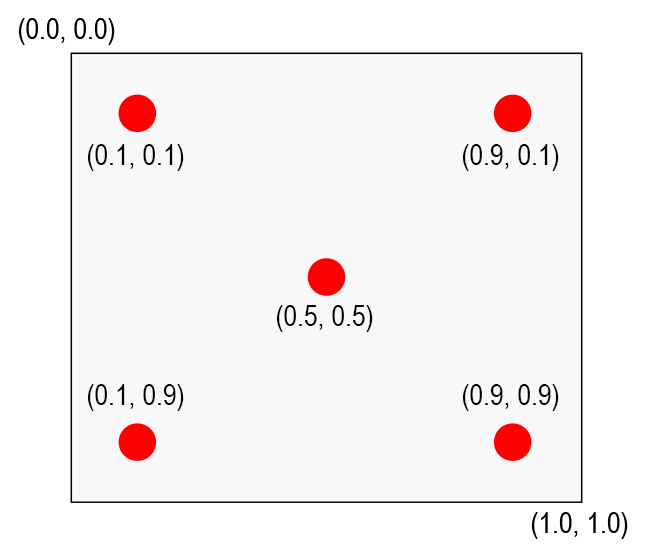 NOTE: HMD support have been deprecated in SDK version 1.9. 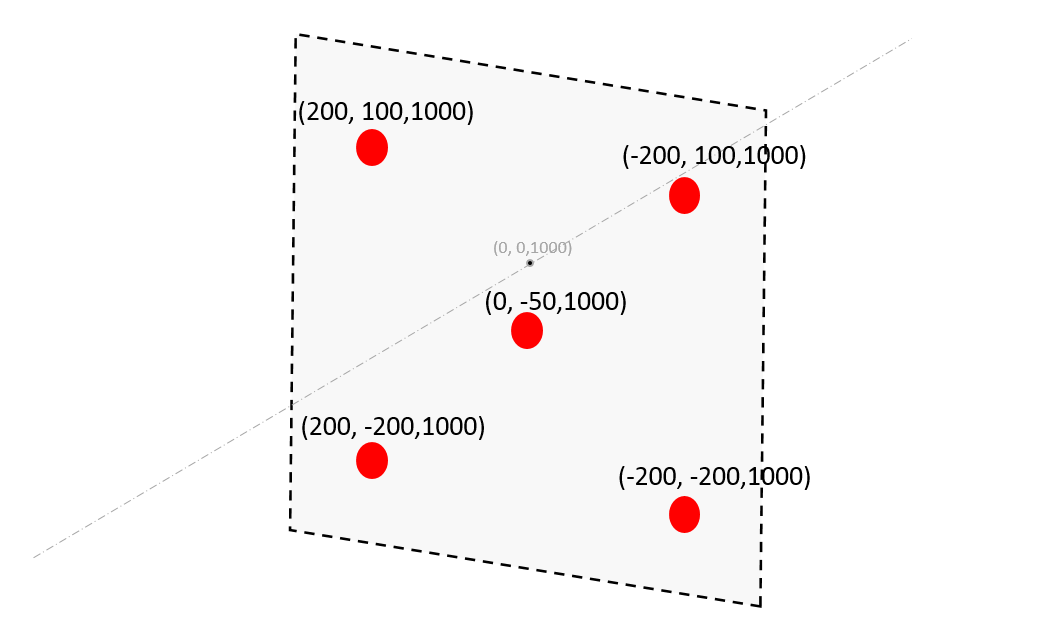 NOTE: Before a calibration has been completed successfully, gaze data is already available from the eye tracker. However, the mapping of the gaze data can then be based either on a default eye model or a previous calibration depending on eye tracker model. Hence, this data should only be used as an indication of where a person is looking or for eye position in the track box.

The table below gives the name in the different languages for the concepts introduced and highlighted in italics in the text above.

NOTE: Discarding calibration points is not supported for HMD based eye trackers. 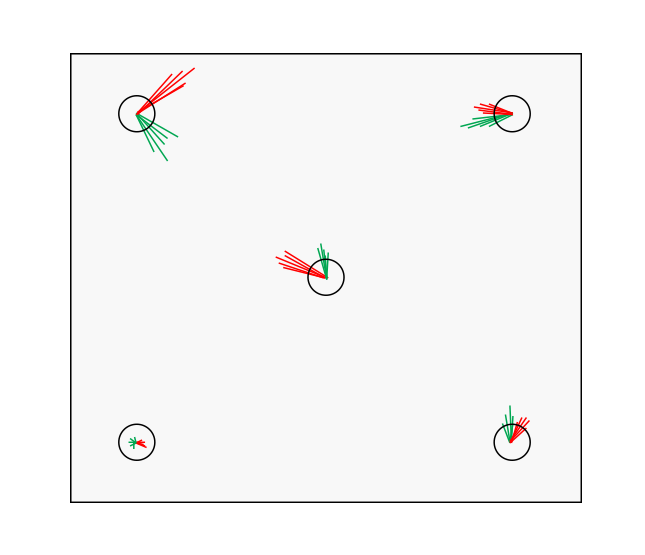 NOTE: Detailed calibration results (necessary to produce the calibration plots described in this section) are not supported for HMD based eye trackers.

Some eye trackers, such as the Spectrum, support calibrations using just one eye. This is useful if one eye causes the regular calibration process to fail. This could happen, for example, due to severe strabismus, or if one eye is a prosthetic. Additionally, research into binocular coordination and fixation disparity requires separate calibrations for the two eyes, often using an eye patch to temporarily cover the eye that is not being calibrated.
Calibrating one eye, or each eye separately, is done similarly to the regular calibration process, with a few minor differences:

When performing an eye tracking study, it can be very useful to perform a validation of the estimated performance after the calibration. This step is often referred to as Calibration validation. The common procedure of doing a Calibration validation is to show a new set of stimuli points for the participant, collect gaze data during the stimuli presentation, and calculate values for accuracy and precision based on the gaze data's position in relation to the stimuli point (which the participant was expected to look at).

Tobii Pro has published a set of open source add-ons to the Pro SDK to help with performing a calibration validation. The add-ons include all necessary functions for collecting gaze data and calculating the performance results.